My pantry has become increasingly cluttered over the last few years. The new year was a good time to reorganize and figure out just what is in there. Steven and I are anticipating relocating about a year and a half and I figured we'd better start using some of this stuff up. We've accumulated so much, especially after signing up for a Costco membership, that it will most likely take us the full 18 months to clear out the shelves. 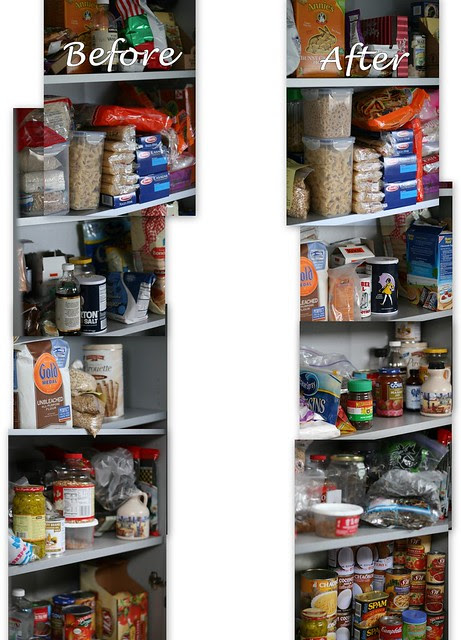 I discovered 4 packs of nori. I had no idea I had so much nori.

We bought an 8 pack of Spam from Costco because we love musubi. Surprisingly, we only have 2 cans left. That means we ate 6 cans of Spam, which is slightly revolting.

A few months ago, Costco was selling an 8-pack of Chaokoh milk for a great price, so I bought a pack. The 8 pack is still unopened. Looks like we'll be eating lots of curry over the next year and a half.

I also organized my sauce cabinet and spice drawer. 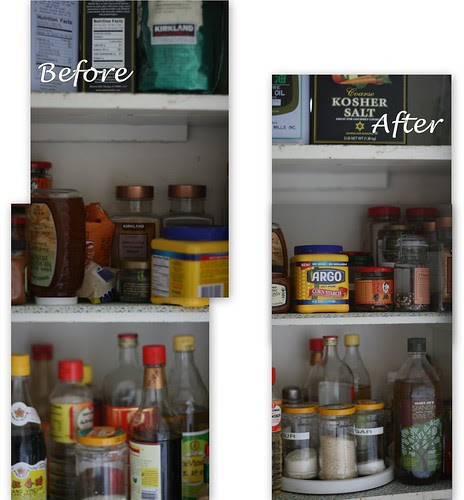 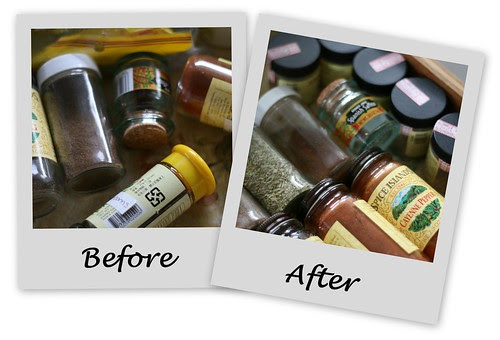 Wow. It looks like you're all set for nuclear winter.

Hah! That's just what I was thinking as I was writing this.

I associate your pantry with late-night study snack prowling. I highly approve of tea and snacks being on the top shelf.

sometimes i wish i were so well stocked... you shouldn't see it as an obstacle, but an asset to creative cooking! you seem to have everything at your disposal for some creative recipes!

you are all set for some creative recipes-- you seem to have a lot of unusual ingredients at your disposal! i would definitely see your pantry as an asset for innovative cooking... :)